The term “blade” is used to describe a cutting edge. These tools have sharp edges and are designed for slicing, chopping, or puncturing. They are usually made from a harder material than their target. Historically, blades were made of flaking stone or metals, but in modern times they are often made from steel. The Blade is one of the oldest tools, being used for food preparation and combat. Learn more here 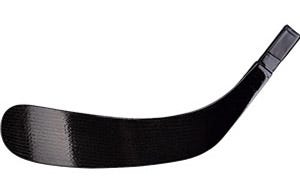 The use of blades in archaeological sites provides an understanding of social realms. For example, an article published in Tehran in 2002 focused on six early Chalcolithic sites that had a high concentration of blade production. This research showed that lithic craft specialization was at an end and that individuals were making and using blades at home. While this decline is surprising, it does suggest that many prehistoric societies were centralized in their production of blades.

Ancient civilizations first began using native copper for their blades, but they discovered that copper was a poor material for working stone. Later civilizations started using bronze, which is a superior metal for cutting stone. As technology progressed, a higher-quality metal was developed: iron. While native copper is a soft metal, it can be worked hard to produce sharp edges. This means that ancient people had no problem making blades at home.

The Differences Between Rosetta Stone and Duolingo